In order to celebrate the 100th birthday of the Communist Party of China and the 60th birthday of Chinese Association of Automation (CAA), to promote the spirit of the older generation of scientists, commend outstanding scientific and technological scholars who have made outstanding contributions in the fields of automation, information and intelligent sciences, organized by CAA, the 2020 Award Ceremony of CAA was held in Wujiang, Suzhou on April 9-10, 2021. 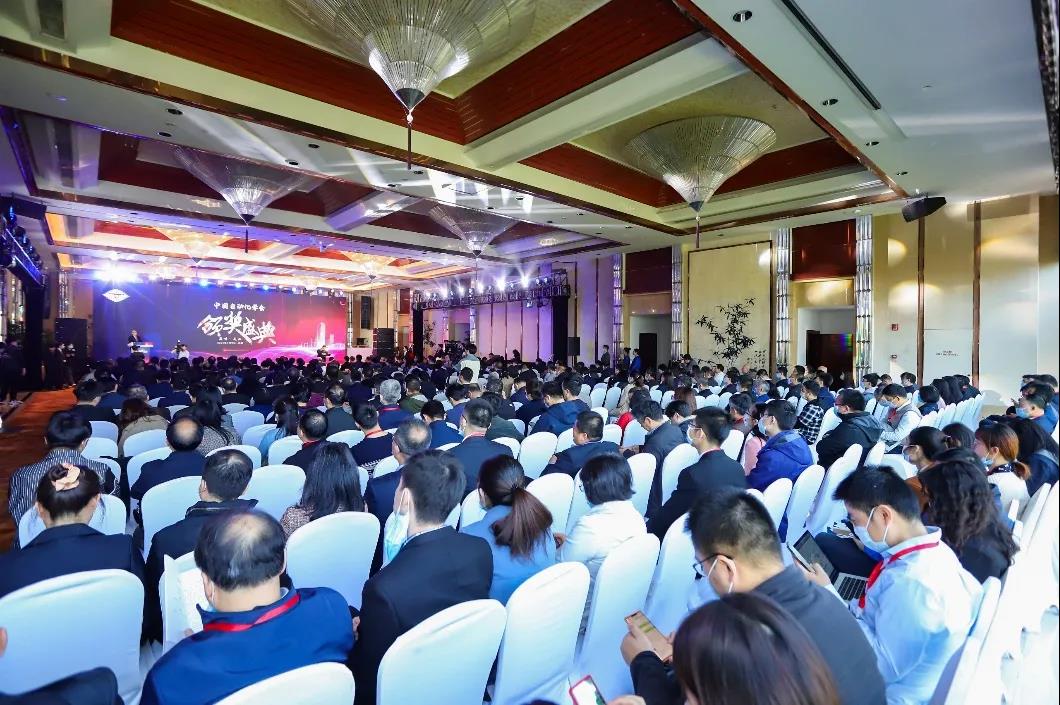 As an annual event in the field of Chinese automation and artificial intelligence, the ceremony was led by 8 academicians. More than 300 industry elites from governments, research institutes, academia and enterprises attended this event. At the same time, the launch ceremony of 2021 Yang Jiachi Technology Award, the Roundtable Forum and the "CAA Service Station" were also successfully held in Wujiang, Suzhou.


As an important social force to develop China's automation science and technology, CAA has always served practitioners in related fields, cultivated outstanding talents, and formed a complete science and technology award system to encourage and commend individuals, teams and units who have made outstanding achievements in academic progress and industrial development.

If the computer is a pervasive modern tool and artificial intelligence is a pervasive modern method, automation technology is a human ability to understand the world and transform it. Zheng Nanning, Academician of CAE, CAA Fellow and President, Professor of Xi'an Jiaotong University, delivered a welcome speech. This awarding ceremony is not to mark the end of scientific research and technological transformation, but to encourage practitioners to make further efforts to better benefit society with their achievements. 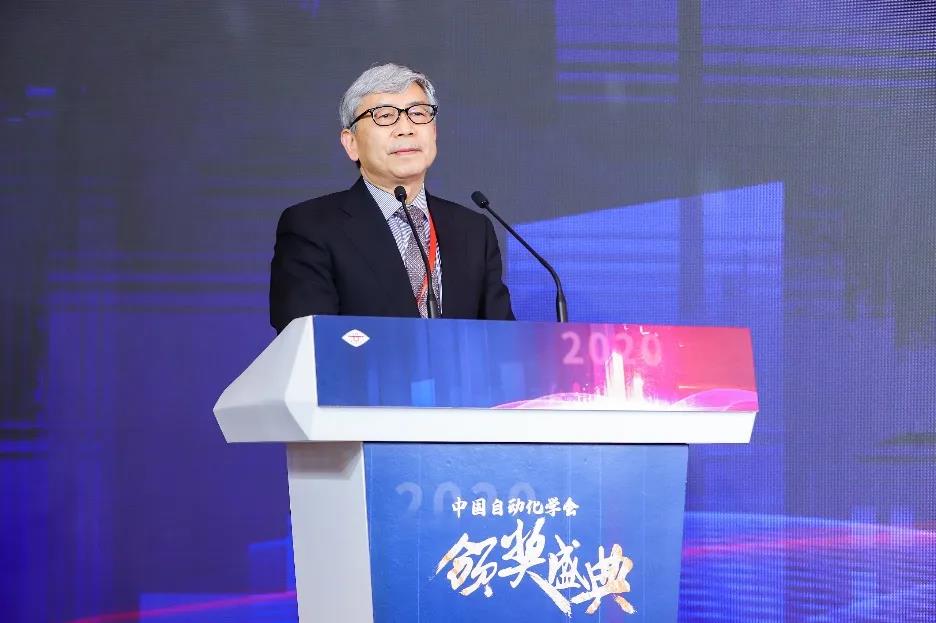 Carry forward the spirit of the older generation of scientists


According to the last wish of Mr. Yang Jiachi, Academician of the CAS, the International Academy of Astronautics (IAA), and President of the Fifth and Sixth Council of the Chinese Association of Automation (CAA), the CAA and the Chinese Society of Astronautics jointly established the Yang Jiachi Science and Technology Award, with a view to reward scientific and technological practitioners having made achievements in the research and practice of discipline theory and methods, technology and systems, engineering and application in the fields of automation, information and intelligence, and aerospace control, as well as those playing a role in promoting the discipline development, national economy and national defense construction. 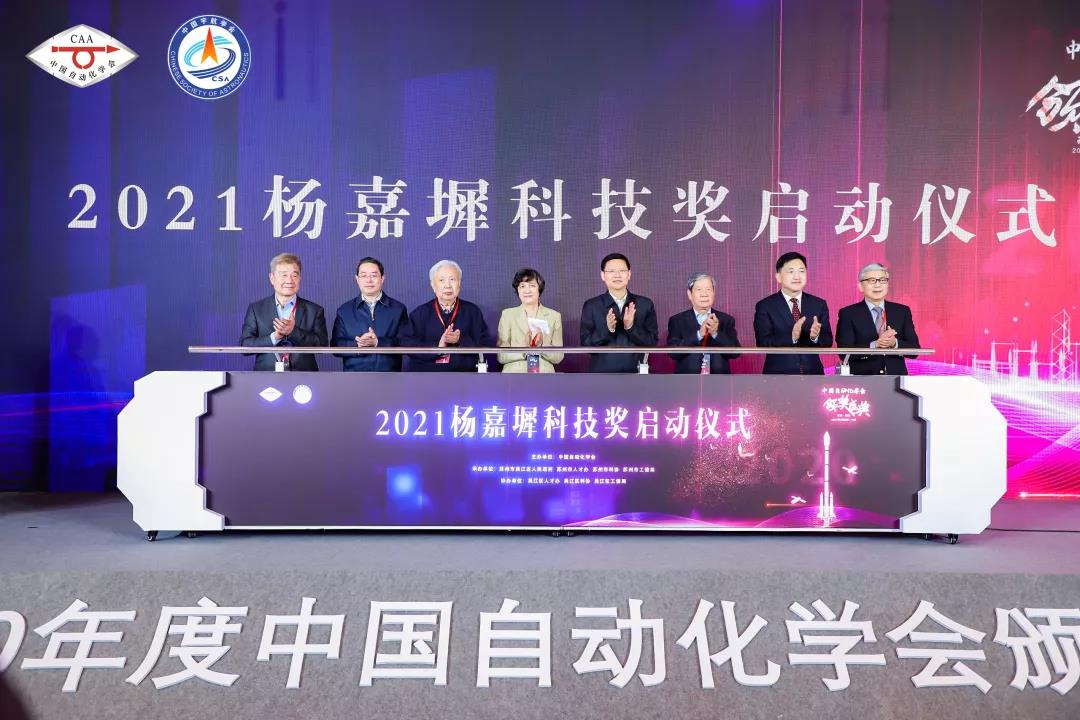 Ms. Yang Xi, daughter of Mr. Yang Jiachi, said emotionally in her speech that time fleets and it has been fifteen years since Mr. Yang Jiachi passed away. During the period, the cause of China’s aerospace has developed rapidly. Manned spaceflight, lunar and deep space exploration, Beidou navigation and other major national scientific and technological missions have achieved world-renowned achievements. Mr. Yang Jiachi had a deep bond with the CAA, and spent his childhood and adolescence in Zhenze, Wujiang District of Suzhou, which bring a special meaning to the launch of the Yang Jiachi Science and Technology Award 2021. Hopefully, the majority of scientific and technological practitioners could bear in mind the spirit of the past generations of scientists featuring applying a realistic and pragmatic approach, serving the country and the people, and selfless devotion, take over the baton of history and achieve new brilliance in China's science and technology so as to realize the centenary dream of national rejuvenation. 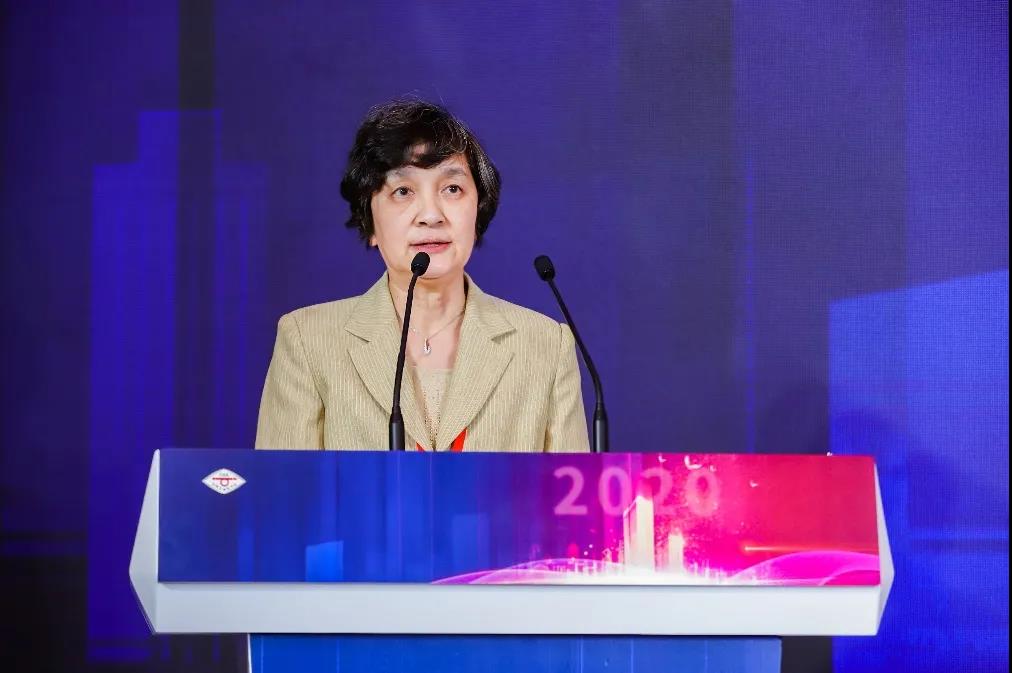 Plan ahead and discuss the future of the industry


The world is undergoing major changes unseen in a century. The sudden onslaught of the COVID-19 pandemic has accelerated the evolution of the changes. During the 14th “Five-Year Plan" period, the great rejuvenation of the Chinese nation will face unprecedented strategic opportunities as well as risks and challenges. Building a new development paradigm is the biggest highlight of the 14th “Five-Year Plan", and technological innovation is the key support for building a new development paradigm.

Gu Jiandang, President of Phoenix Contact China, Zhu Yali, Vice President of Baidu, Chen Hong, Distinguished Professor of Tongji University, and Jiang Bin, Vice President of Nanjing University of Aeronautics and Astronautics, attended the roundtable forum, exchanging views on the role of automation in digital industrialization and industrial digitization, the pains and difficulties of the future development of intelligent manufacturing, and the cultivating of comprehensive and multidisciplinary talents, among other topics. 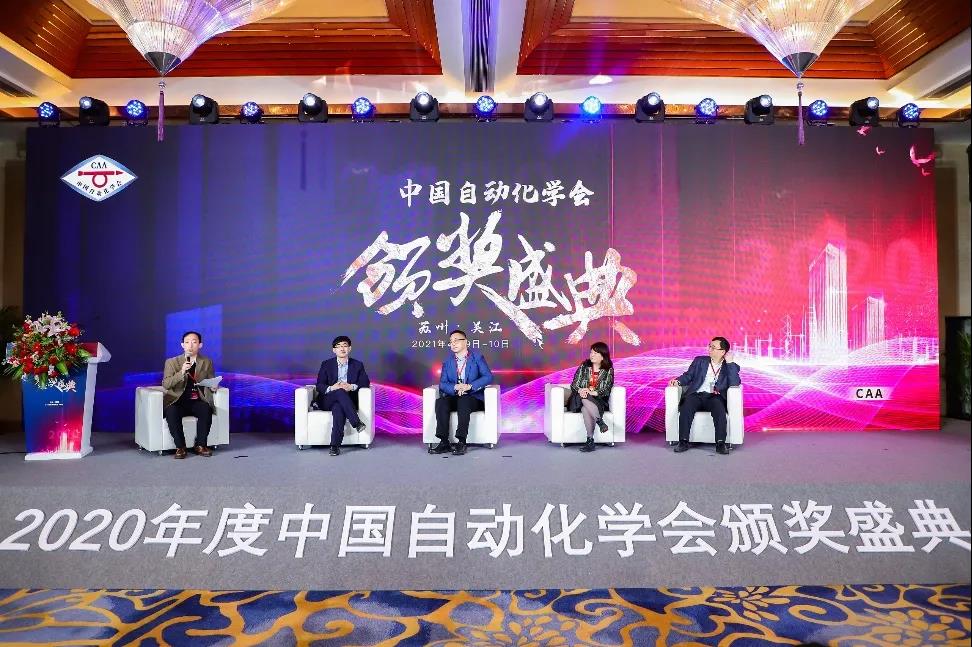 At the end of the forum, Gao Huijun, Deputy Secretary-general of the CAA and professor of Harbin Institute of Technology, concluded, “At present, global technological innovation is intense and vibrant, with subversive technological innovations and new forms of business emerging one after another. Among them, intelligent manufacturing has become an overriding trend in the development of the world's manufacturing industry, and it is also the key to China's building of new economic advantages. And the interconnectivity of cooperation and innovation from enterprises, universities and research institutes, technical rationale, industrial development and talent training has become an imperative for promoting China's economy from rapid growth to high-quality development". 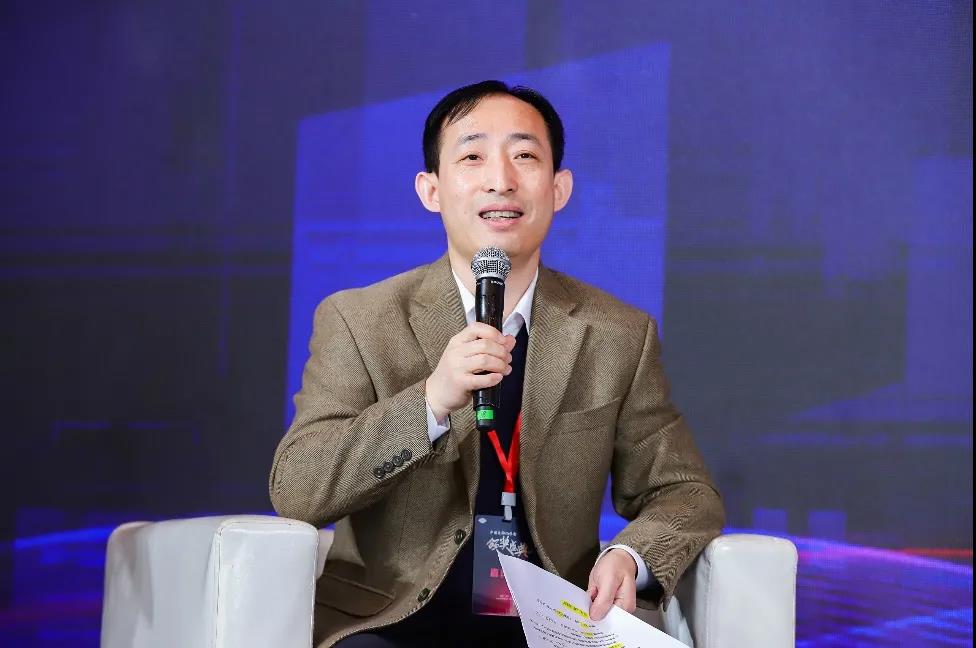 Build a model for Innovation China


In order to promote the profound integration of technological innovation and social and economic development, the CAA actively responds to the brand program of the Innovation China of the CAST, and takes the lead in assembling the "science and technology service group of the new generation of information technology", focusing on tackling core and essential technologies, boosting the deep integration of industry and universities, and making new and greater contributions to building China into a world power in science and technology.

At the award ceremony, the science and technology service group gave full play to the advantages of the CAA pooling expert resources, in cooperation with the Wujiang District government of Suzhou, and put in place the CAA Suzhou Station serving the integration of economy and technology to build an integrated service platform featuring policies, enterprises, universities and research institutes, endeavoring to build a model for Innovation China to contribute to regional economic development. 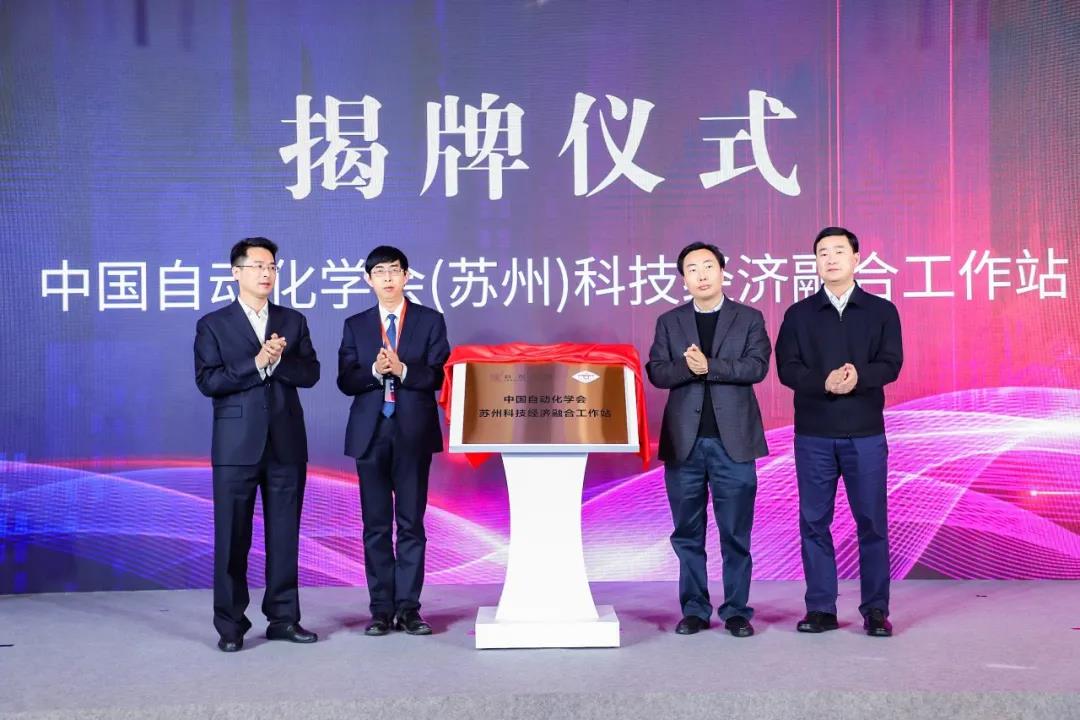 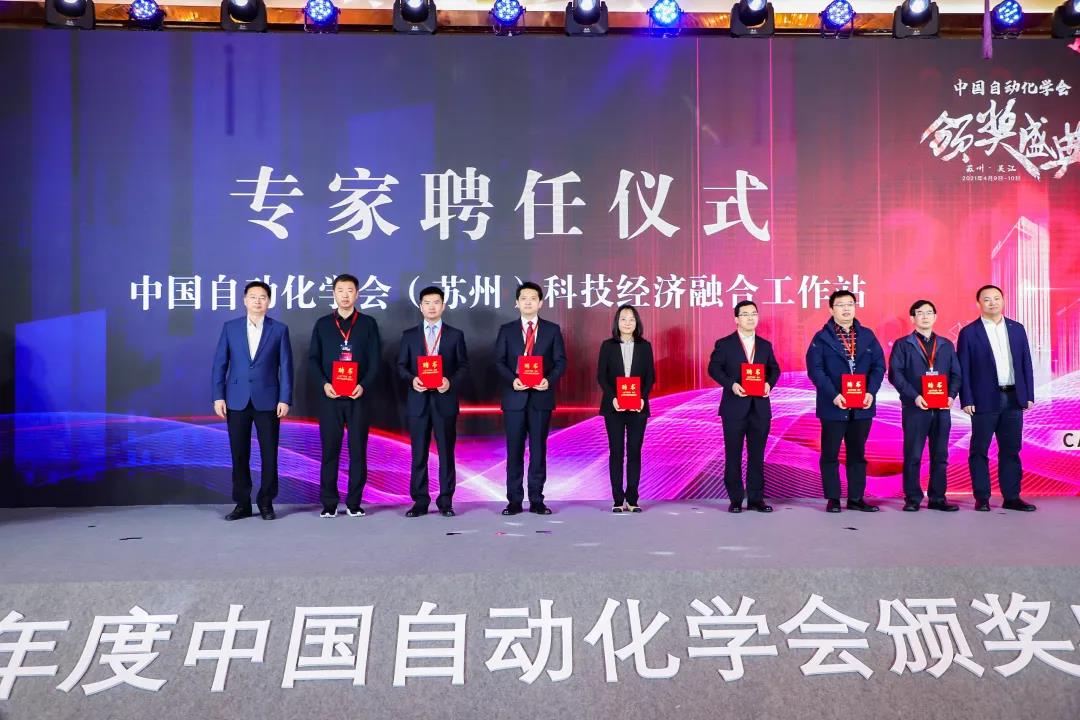 In order to better promote the implementation and application of scientific and technological achievements, the "2020 CAA Science and Technology Achievement Project Roadshow” was also staged at the ceremony, with 7 representatives of the award-winning projects expounding on the highlights and achievements of the projects, strongly driving the effective combination of enterprises, universities and research institutes.